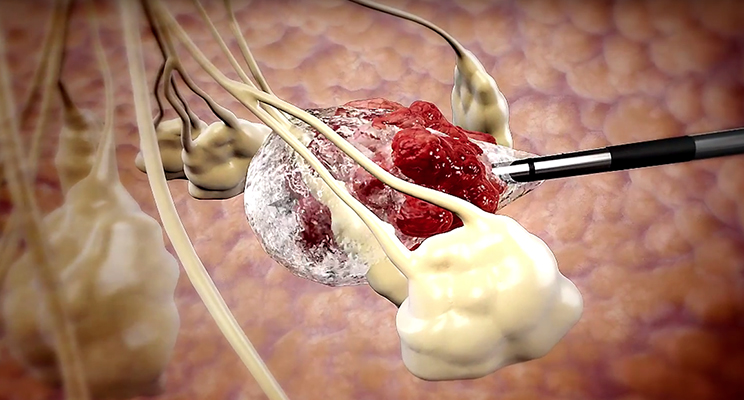 CAESAREA, Israel, Aug. 10, 2020 /PRNewswire/ — IceCure Medical (Tel Aviv: ICCM) a leading medical device company that markets a non-surgical Liquid Nitrogen (LN2) cryoablation technology to destroy benign and cancerous tumors, today announced that it has completed a NIS 20.7 million equity offering, which was oversubscribed. IceCure Medical believes that the proceeds it received in the offering, when combined with the cash and cash equivalents it had on June 30, 2020, will enable the Company to effectively execute on its growth strategy.

Eyal Shamir, CEO of IceCure Medical said, “We are excited to complete the offering, which ensures the realization of our strategic plan for continued expansion and growth in our operational activities in the U.S., Europe and Asia. We see the completion of an oversubscribed fundraise in the current market as a vote of confidence by the main shareholder and the investing public in the company and the management’s capability to create long-term value.

In addition to new investors, members of the Company’s executive team along with existing investors, including the Company’s largest shareholder, participated in the equity offering. The fundraising was participated in by Rosario Capital, Yair Capital Issuing and Finance Ltd., Apax Underwriters and Offerings, offering consultants Yaron Iluz and Naor al-Hai, as well as attorneys Reut Alfia, Oded Har Even and Gal Cohen from the international law firm Sullivan.

The Company recently reported strong preliminary financial results (unaudited or reviewed by the company’s accountants) for the first half of 2020, which ended June 30, 2020. Revenue for the first half was approximately NIS 6.5 million, which is more than three times the revenue reported in the first half of 2019 and 13% higher compared to the full year 2019 revenue of NIS 5.74 million. The significant year-over-year performance reflects the execution of the Company’s business plan. The Company’s cryoablation technology continues to generate interest and demand, and as of June 30, 2020 and the preliminary report date, the backlog was NIS 9.7 million and NIS 9.1 million, respectively. The backlog orders reflect, among other things, the deals and agreements reported by the Company since January 1, 2020., such as those in Thailand, Singapore, Germany, and South Africa.

IceCure’s ProSense™ cryoablation systems are currently benefitting patients suffering from cancerous and benign tumors of the breast, lung, kidney and other organs, globally, with clinical results demonstrating significant success in tumor destruction. The Company’s progress is driven by the accelerating global trend for minimally invasive treatments as they remove the need for expensive operating rooms and medical staff during surgical procedures. The advantages of using IceCure’s Cryoablation Technology include:

Additionally, IceCure’s solution can also help institutions free-up overloaded operating rooms, while potentially preventing or reducing the risk of infectious pathogens from medical procedures. These are especially critical in today’s healthcare landscape, primarily due to the COVID-19 pandemic.

IceCure Medical (Tel Aviv: ICCM) is an Israeli medical device company that develops and markets an advanced liquid-nitrogen-based cryoablation therapy for the treatment of tumors (benign and cancerous) by freezing, with the primary focus areas being breast, kidney and lung cancer. Its minimally-invasive technology is a safe and effective alternative to hospital surgical tumor removal that is easily performed in a relatively short procedure. The system is marketed and sold worldwide, after receiving FDA and CE approvals. Its executive offices are located in Caesarea www.icecure-medical.com