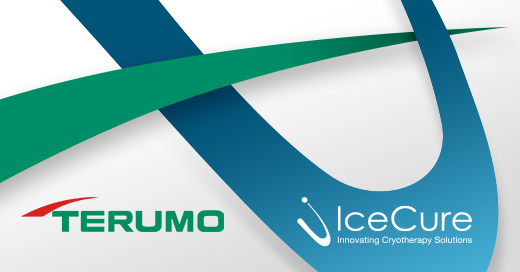 CAESAREA, Israel, September 3, 2019 / — IceCure Medical Ltd. (TASE: ICCM), developer of the next generation cryoablation technology to treat malignant and benign tumors by freezing without the need for surgery, announced today an exclusive distribution agreement with leading global medical company, Terumo Corporation (Tokyo: 4543, TRUMY:OTC US). The new agreement will accelerate the commercialization of its ProSense™ cryoablation system and associated consumables to treat malignant breast tumors in Japan and Singapore.

·       Under the terms of the agreement, in exchange for granting exclusive distribution rights and obtaining regulatory approvals for ProSense™ and its consumables, Terumo will commit up to USD $2 million. This will include a one-time, up-front payment of USD $1 million to IceCure 30-days after signing the agreement and the remainder in milestones.

·       The agreement also comprises Terumo’s undertaking to purchase 10 ProSense™ system consoles and consumables at the time of signing for use in clinical trials to support regulatory filing.

Eyal Shamir, IceCure’s CEO, stated, “We are excited to partner with Terumo, a leading global medical company, in this milestone agreement. With Terumo’s proven medical distribution network and the necessary sales and marketing expertise, this new partnership will support rapid commercialization of our cryoablation solution in Japan and Singapore, pending regulatory approval.”

Founded in 2006, Israel-based IceCure Medical (TASE: ICCM), develops and markets minimally-invasive cryoablation therapies for women’s health and the interventional oncology market, with the primary focus areas being breast, kidney and lung cancer.  The Company’s proprietary, flagship ProSense™ liquid-nitrogen based system, has received US FDA 510k and CE Mark approvals and is safe, innovative with clinical and economic benefits compared to the current standard of care.  ProSense™ is currently offered in a number of countries worldwide, including the United States on a limited basis. To learn more, please visit: www.icecure-medical.com.

Tokyo-based Terumo Corporation is one of the world’s leading medical device manufacturers with approximately $6 billion in sales and operations in more than 160 nations. Founded in 1921, the company develops, manufactures and distributes world-class medical devices including products for use in cardiothoracic surgery, interventional procedures and transfusion medicine; the company also manufactures a broad array of syringe and hypodermic needle products for hospital and physician office use. Terumo contributes to society by providing valued products and services to the health care market and by responding to the needs of health care providers and the people they serve. Terumo Corporation’s shares are listed on the first section of the Tokyo Stock Exchange (No. 4543, Reuters symbol <4543.T>, or Bloomberg 4543: JP) and is a component of the Nikkei 225, Japan’s leading stock index.